I have finally finished the sewing cabinet/phone stand!!
It has taken me so long to do this.
You see, I do not have an area to paint in and it has been windy EVERY day for the last several months, (ok, at least two months non stop).
Here it is before. 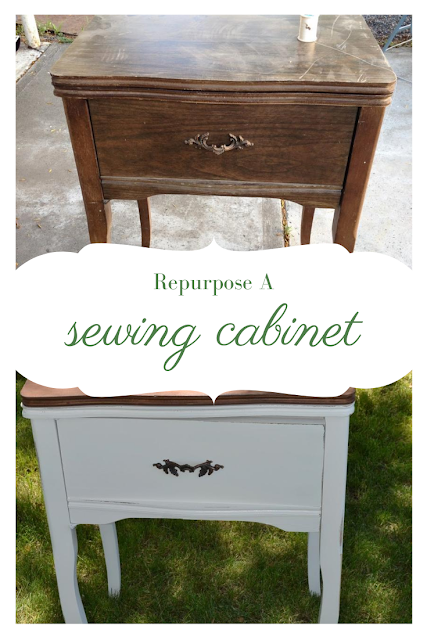 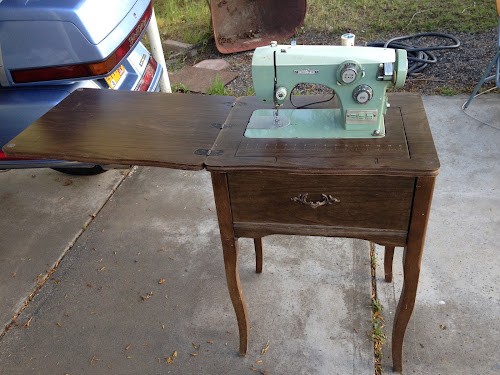 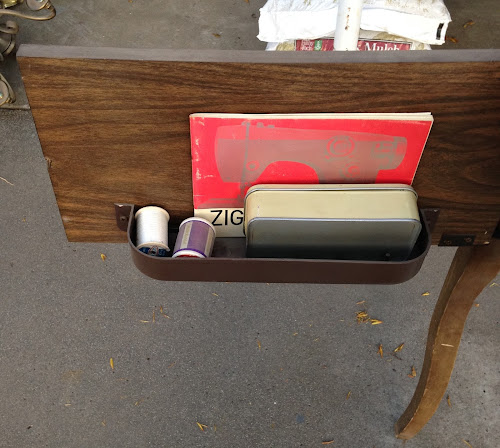 Here it is after.
I sanded the whole thing so it would have some grit to hold the primer and paint.
I removed the sewing machine and sanded down to the bare wood so I could stain it. 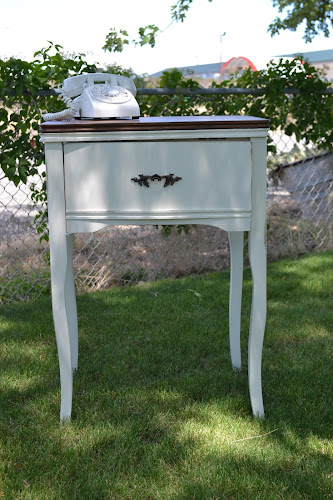 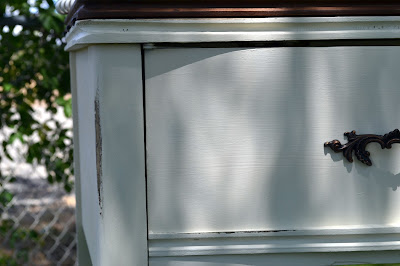 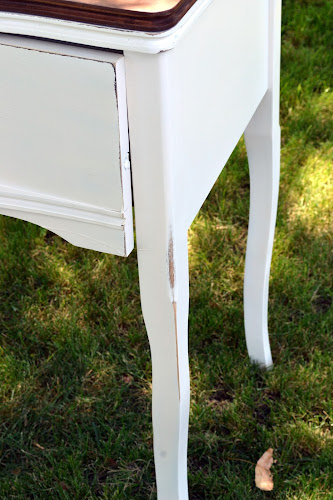 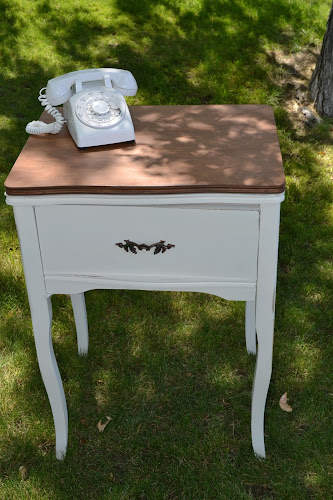 I used the same handle and decided to paint it black but when I did, the paint never dried.
Even after an hour, it was still tacky.
I decided to wipe it all off but not all of it came off.
I actually like it with bits of black in it. 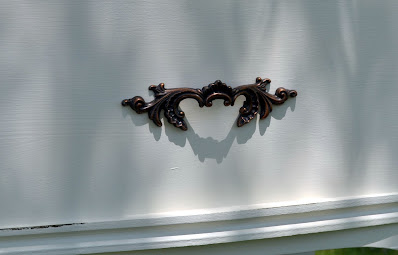 After I painted the cabinet, I turned the handle upside down and reattached it.
That's the way I roll. 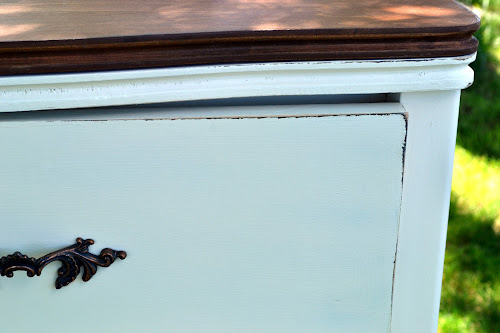 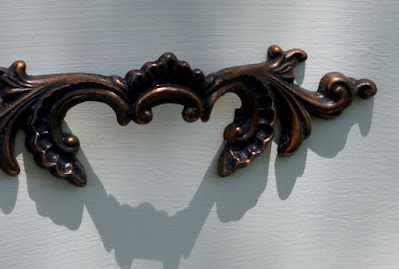 Distressed it up a little bit! 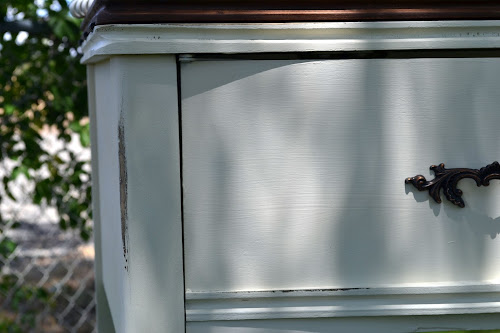 This is the phone that will be sitting on it downstairs.
Isn't it awesome!!
And yes, it works!
Got it on eBay years ago and when my daughter was living here, she always loved it and would be in awe of how they used to make phones. 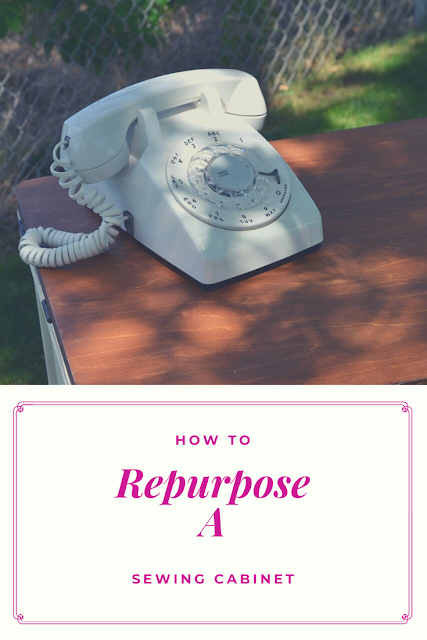 When you open the door to the cabinet there is a unit that shelves the sewing items.
When I got it it had the sewing book, thread, and bobbins, etc. stored in it.
I was going to spray paint the unit/shelf black but after the handle incident, I decided against it.
Left it brown and added a cute garden notepad and pens to take notes. 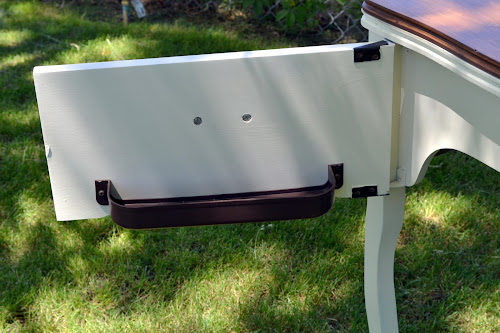 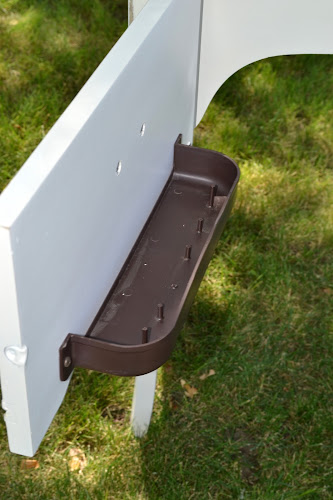 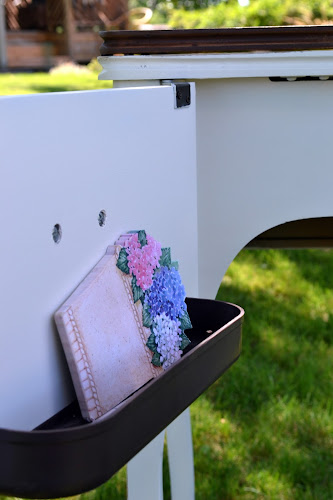 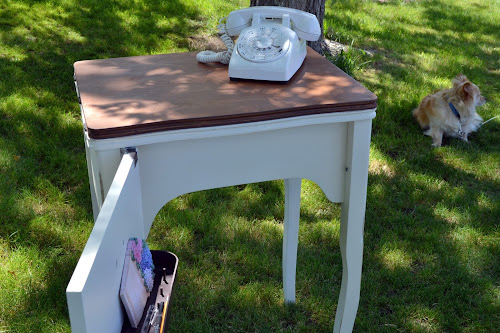 Now when you need to leave a message there is paper and pen at the ready.

I painted this with a primer first then spray painted with Rustoleum Heirloom White.
(I know, you can see the paint strokes, I didn't sand very good but I'm not selling it so I can live with it).

I got this piece from a friend that left it in our field and I was originally going to get rid of it but decided to save it after seeing this here, which inspired me to paint this one.

I have never stained anything before and was intimidated by all the stains that are available.
I wanted something very easy and not a lot of mess.
I found Minwax water-based Express Color wiping stain and finish. Says it's easy.
I thought about going with walnut but in the end went with Pecan and I love it. 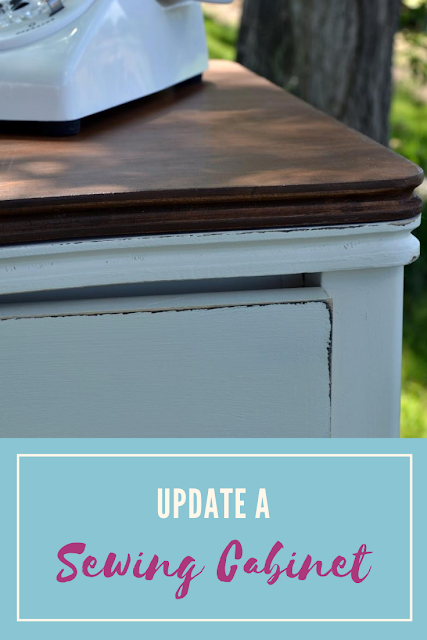 I also initially went with a Q-tip for the groove on the top but it didn't work very well so I used a small paintbrush and it worked like a charm.

I also put Americana wax on the top and actually put two coats on.
I think it ended up soaking into the wood. I think it could use another round but we will see.

I still think it turned out pretty good for all the waiting I had to do minus all the other things that got into the way! 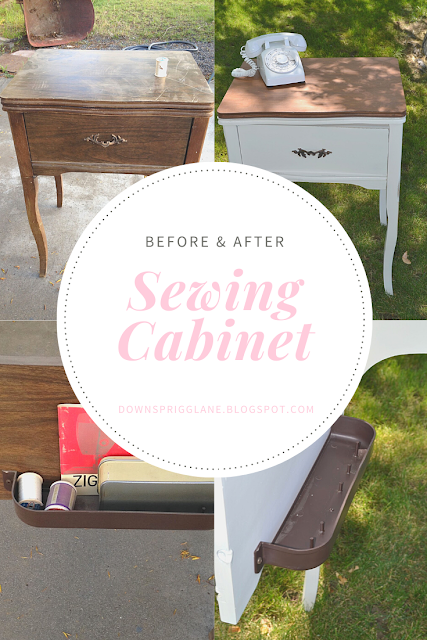 Hope I have inspired you as well!
Love the new use for these lovely old cabinets.

Please visit my site at downsprigglane.com 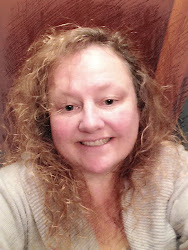 Before and After Grandfather Clock